One of the aspects of island life is that there are so only so many caretakers and handy men, and the amount of work that needs to be accomplished during the summer can be monumental.  Lining up a project is no guarantee that is will get started on time because there are always emergencies and situations with priority.

Clayton knew he had to replace the roof on his studio this summer.  Shingles were flying off at an alarming rate and there were leaks.  Once Clayton arrived and spoke with the caretaker who was going to replace the roof, the shingles were ordered. To keep the interruption of his work inside the studio to a minimum, Clayton decided to work alongside the two men removing the old shingles and applying the tar paper to keep the rain flowing off until the new shingles arrived.  Unfortunately, the day the shingles were to arrive the cable on the barge broke, so the delivery was put off for a week.  During that time the sun beat down and the tar paper on the roof was old enough that it shrank and became ineffectual.  So there was a trip to procure replacement tar paper and Clayton reapplied it and waited for the delivery of new shingles.  Someplace along the way there was an emergency which took the men off the job, and then another batch of bad weather. It has been three weeks, and the roofing job is almost done with only the capping remaining.  Luckily the work proceeded far enough that Clayton is happily back to work inside instead of on top of his studio. 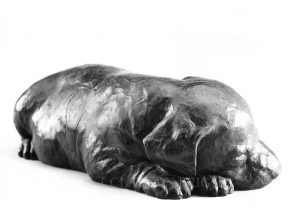 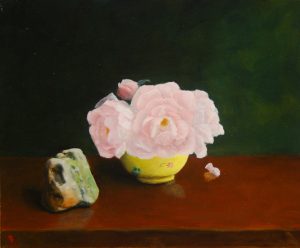 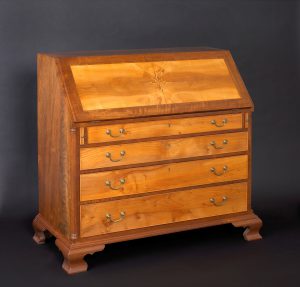